Tracey's Experiences In Romania With Amicii 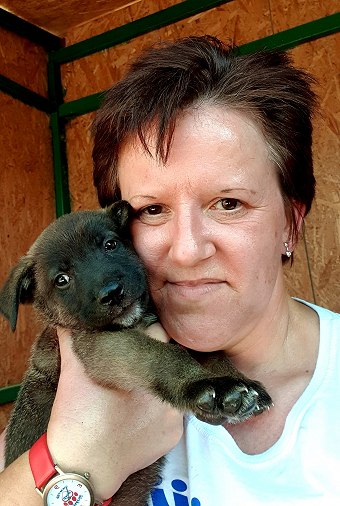 Earlier in 2019, Tracey Baker, one of our Amicii volunteers made the trip out to Romania to volunteer at our shelter. This is her story...

I just wanted to share my experience of volunteering at our Amicii shelter. It is hard work and certainly not a holiday, but believe me it is so rewarding.

Unfortunately our trip didn't start well. On the journey to the shelter we came across a poor young pup that had been killed. He had been hit by a car and crawled across the road where just died all alone. No-one stopped. No-one cared. We picked him up and took him back to the shelter, where we buried him next to Perdita. RIP Angelus - Angel.

Every day we spent cleaning the enclosures and walking the dogs at the shelter to help Dora and the other volunteers. It is hard graft with around 280 dogs all wanting attention and fuss as well as being cleaned and fed. At the end of the day, working in temperatures over 30° for long hours feeling you feel totally exhausted, but each day you leave the shelter seeing all the wagging tails of happy dogs, knowing that they appreciate what you have done for them.

During the trip Ann and I rescued 4 pups. Just driving around there are so many dogs on the streets fighting to survive. Unfortunately, we just cant save them all, but we can't leave helpless little puppies who will most likely die.

The first pup was found by the Metro and we named her Tara, a beautiful Brindle coloured girl. Then we found a another black and brown boy wandering the streets desperately hungry. The worst was the two pups about 2 months old we managed to catch, running along a busy road. We named them Loulou and Flint. We stopped our van and loulou was sat in the road with a van driving straight at her. It wouldn't have stopped, they just dont care. Ann and I ran up the road screaming at the pup, which fortunately worked. Loulou ran off the road where we were able to scoop her and Flint up and get them safely into our van.

This was the first trip I have done which I managed to have a night away from the doggies. I was lucky enough to visit the Romanian Opera in Cluj for an evening of Tango Cazino with Dora and Josh Magee. It was nice to experience some of the culture and visit the capital.

After five hard days working at the shelter it was time to load the 27 lucky dog travelling to the UK on the happy bus with me, Ann & Josh. This is such a special day, but always tinged with sadness for Dora, Robbie & the girls as they have to say their goodbyes. 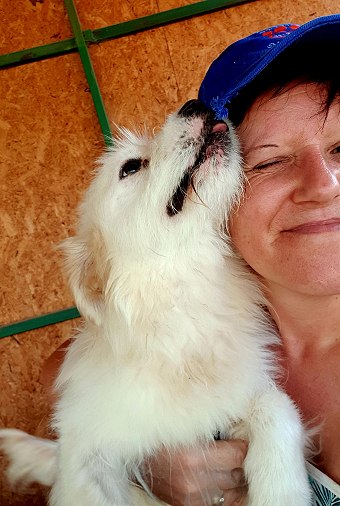 This journey back to the UK was certainly challenging, travelling over 3 days with temperature on the first day reaching 37°. It was just far to hot to travel safely with the dogs in the van so it was a short day and we parked up in the shade. The next two days were much cooler so we travelled very long hours through Romania, Hungary, Germany, Belguim and France to make up time, finally arriving in the UK on Wednesday. It was just the heat that made the trip challenging though. We were stopped twice in Germany by the police, however it turned out this is a good thing! There is a lot of puppy smuggling across the border and the German police are always on the lookout. Of course we had all our paperwork and the van is kitted out correctly for transporting dogs so after a quick check and a chat about the Amicii charity we were back on the road.

As if we hadn't had enough delays, we then just got into France and the van started making strange noises. There was immediate panic, wondering if we'd make it to the border safely, but after a call to Clive and a good top up of oil we were back on the road. There was a good, straightforward check in at the Eurotunnel, with all of our paperwork correct for each of our dogs and we were off under the Channel to the UK.

Once back in Britain we get to my favourite part. The dogs are split between two Happy Buses and then distributed to their new homes or to our rehoming centre partners. Our work is done - until the next time.